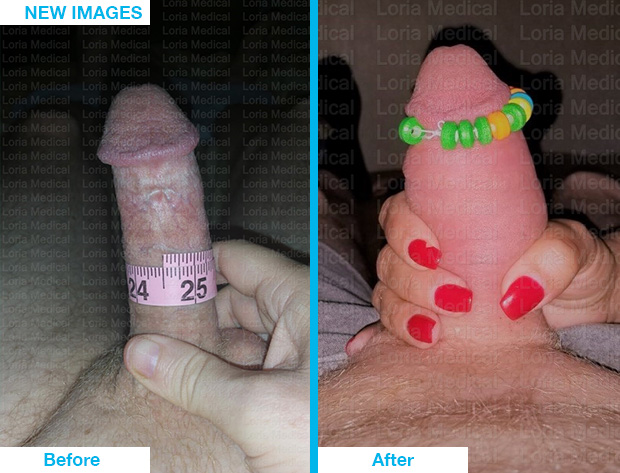 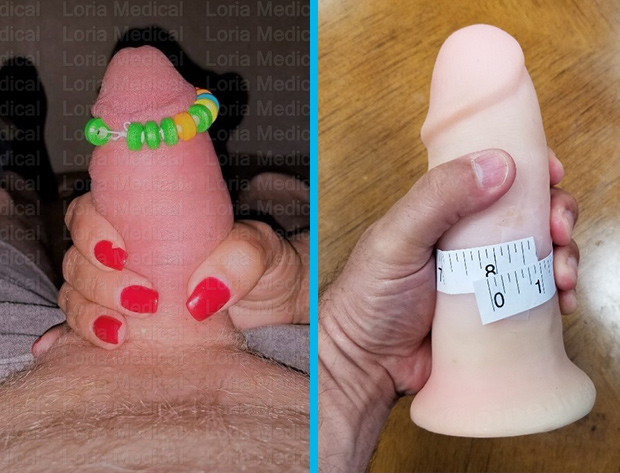 The penile model held by hand has a girth circumference of 7.75 inches, which is very close in size to the patient’s erect size which is also held by the hand (of the patients’ spouse). 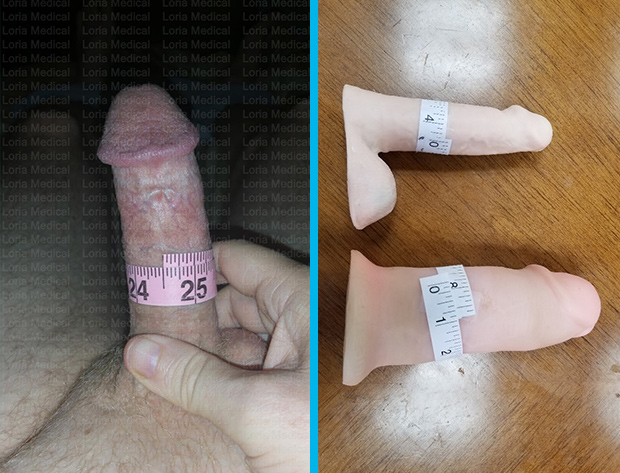 Penis models are provided demonstrating the similar pre-treatment erect girth size and the post treatment erect girth size. These models have been placed next to each other to provide perspective or to show that pre- treatment photos may appear or look larger than they actually are. These models provide the proper perspective and the size difference from before and after is substantial. 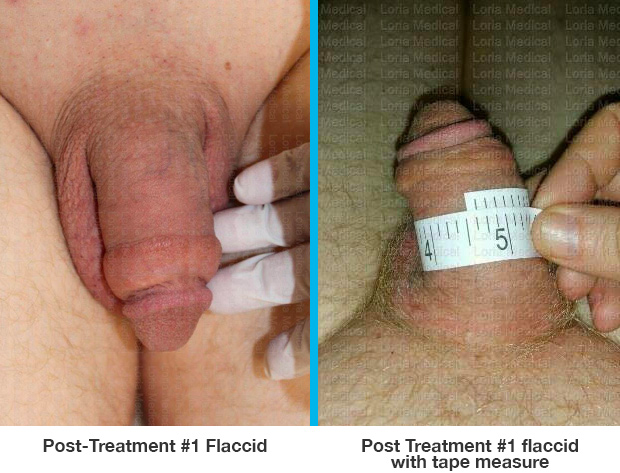 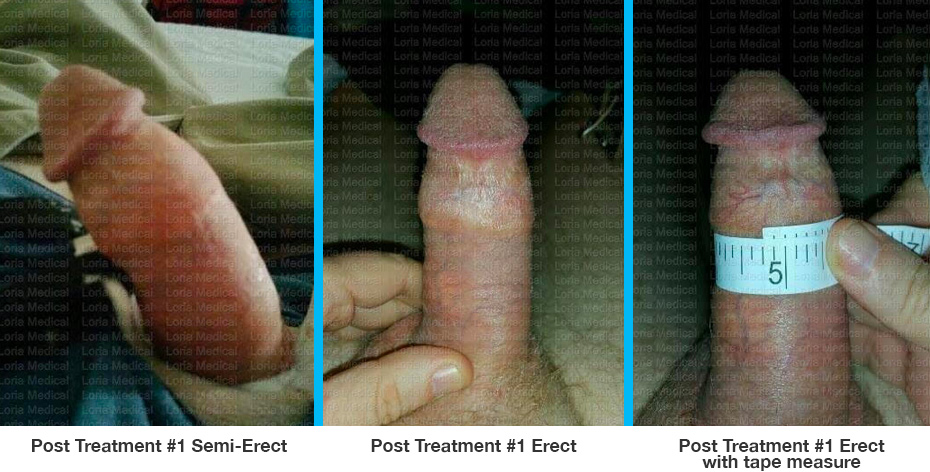 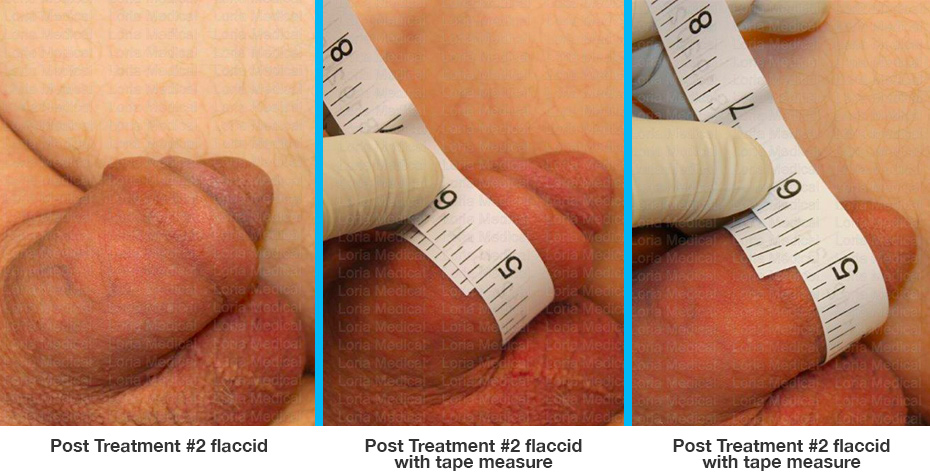 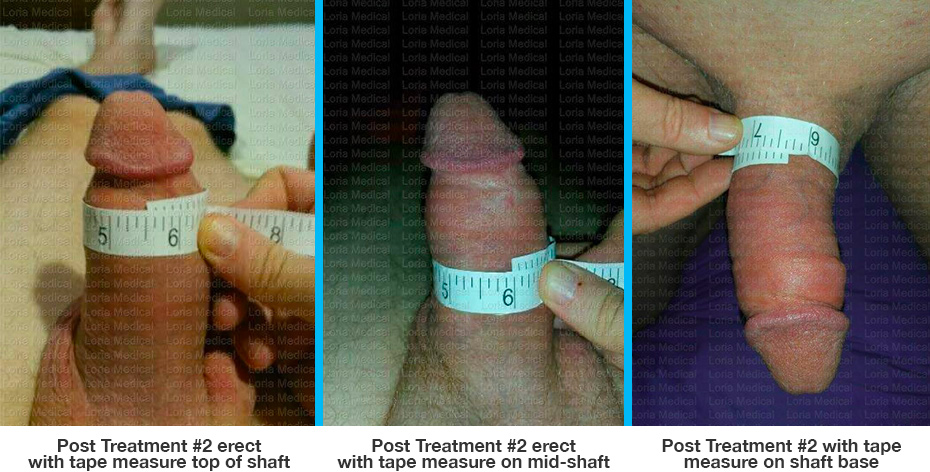 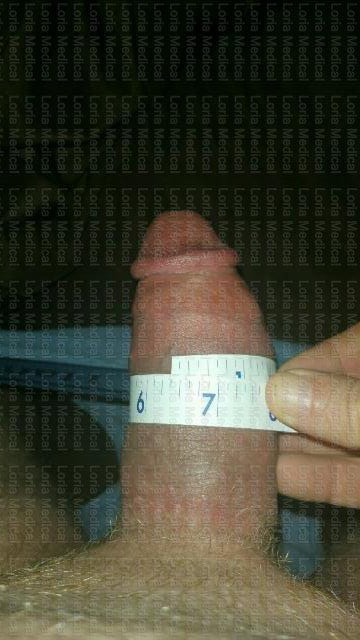 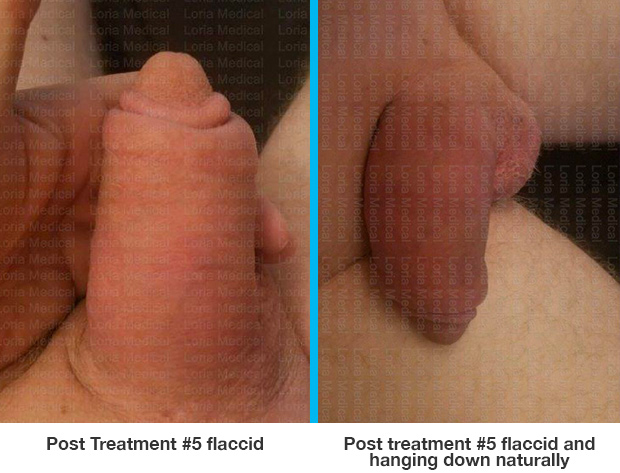 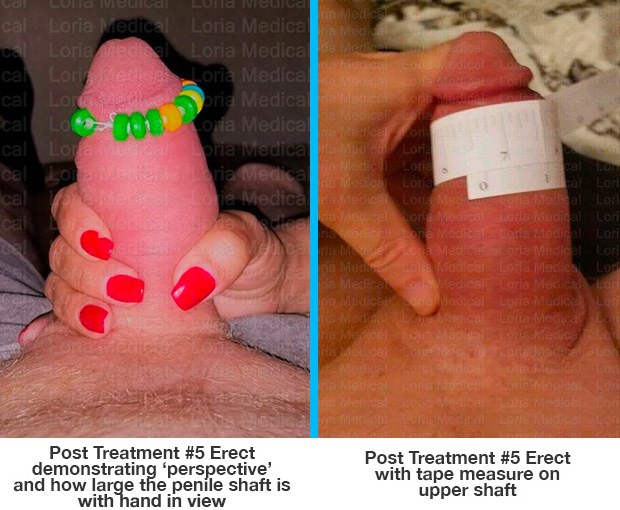